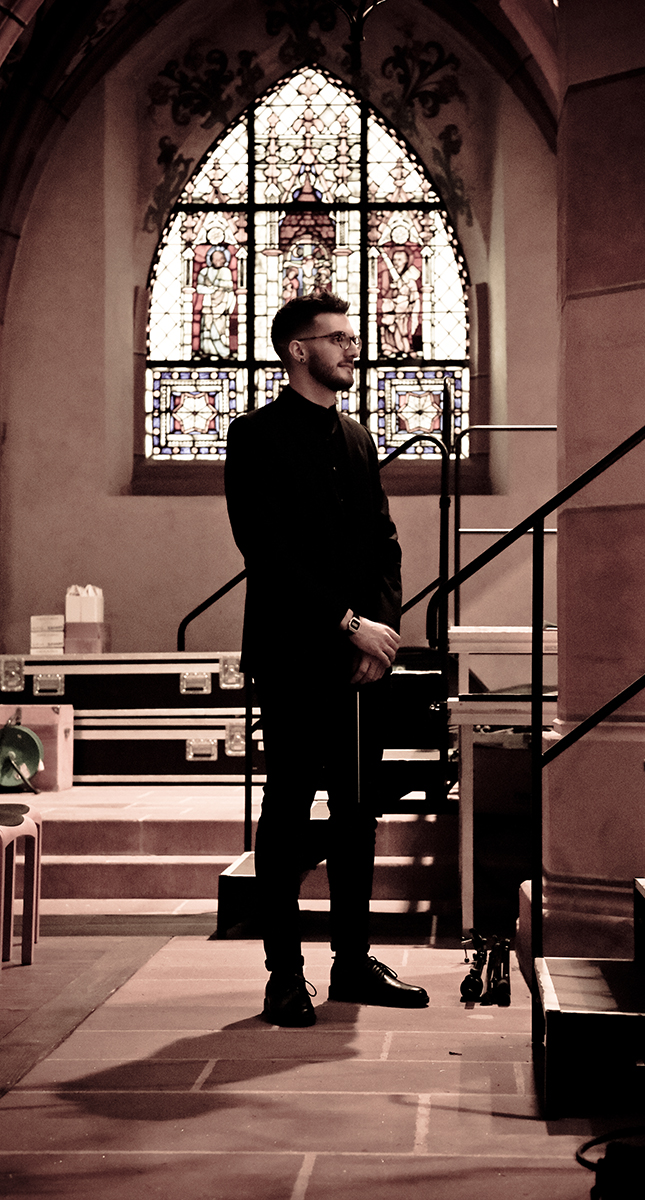 From 2008 to 2012, he wrote the arrangements for the wind section of a blues rock band. Since then, his proximity to contemporary music and song has marked his orchestral writing. In 2017, he composed De fil et d’étoffe, a piece retracing the history of the textile industry in Mulhouse, France. The piece will be created on the occasion of the Heritage Days by several ensembles throughout the region. In 2019, he composes with Sylvain Marchal and conducts the show « La boite« , a musical fresco on war, memory and dreams performed by 120 musicians.

Particularly attached to wind orchestras and musical heritage, he is a member of the steering committee of the Fédération des sociétés de musique d’Alsace. Quentin Bussmann is coordinator of artistic and cultural education at the Mulhouse Conservatory and member of the SACEM.